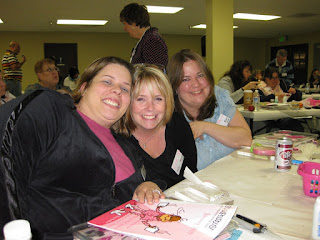 Late but not forgotten ... so here are my views on CHA threw my Camera and Oh yeah Graces.

So Day One we went to Stampendous for a VIP day and they really made us feel like VIPS I thought that Grace was going to get us kicked out she is a little Roudy as some of you know. We did some really great projects and learned how to do a "Do it yourself Wedding invites and what not" yeah not doing that again LOL I met some really great people that day ... 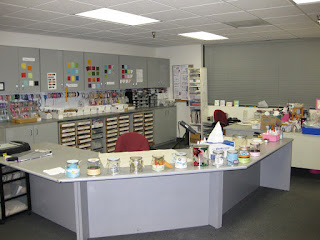 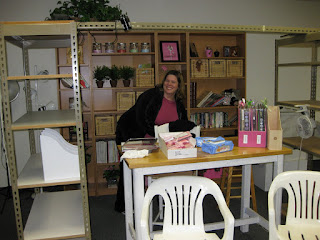 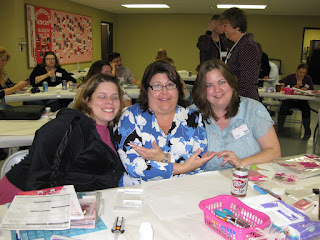 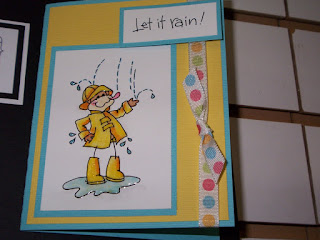 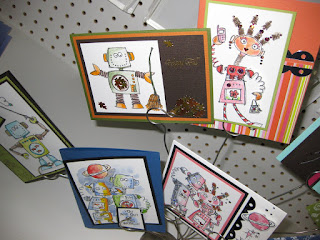 Day Two it was off to do a class Marathon .... all I have to say about my first class that day was "I got up at 6am to do this" Grace was worried that she was going to have to revive me it was AWFUL .... I am going to be politically correct and not mention the company LOL .. I wish I would have had tooth picks.
We then took a class with Diane Mixed Media is all I have to say and Grace (its just a name ) she made such a mess and well our art work is going to make great Valentine Presents for our Hubbins . They were awful I am not the kinda gal that can make sense of it . Diane was like a kid in a candy store . I wish I would have taken pictures she was dancing in her chair . I went to go and take a picture of what I made and I think that it has already headed to the Santee landfill.
So I must add that I took a class with the BIGSHOT and it was fantastic so fantastic that my wish came true that I would win one I was telling Grace all week that I was going to win a BIGSHOT . I love that machine it makes using Nesties so much easier you have no idea .. There is no Fuss and it actually cuts ... 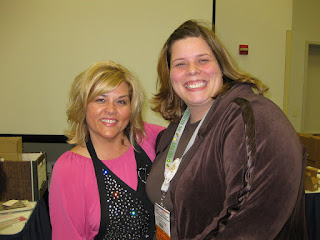 Day Three the Floor opened ...finally I was so excited that I slept in and missed my class in the morning . So Diane took it instead . I had a picture taken with a very special man .... TIM 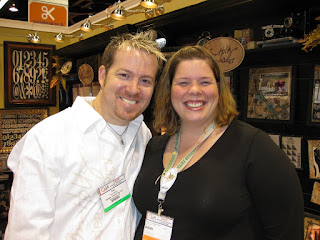 So I get a phone call from my dear Hubby stating that he misses me and I know what you are all thinking oh how sweet ... yeah right him and my father show up 25 minutes before Paris Hilton shows up ... hmmmmmmm I wonder if that was pre-meditated. I didnt stick around to watch a bunch of grown men chase Paris and that is exactly what all the men at CHA did . Her new paper line is really not "that hot"

The rest of CHA is a blurr I was so busy .... Like I said before be on the look out or some fantastic new products ....

Melissa
Posted by Melissa Forsyth-Sampaga at 1:44 AM