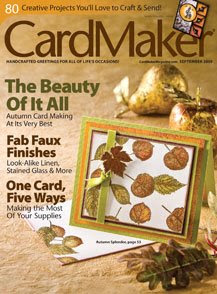 Melissa
Posted by Melissa Forsyth-Sampaga at 10:49 AM

CONGRATULATIONS!!!, I hope they list you in the products used on the card....oh and it's good to see you post something, FINALLY. I was getting worried LOL.