I think February is such a nice month with Valentine´s day, the Olympics and the first sights of early spring. Many nice things, that is!

This week, I’ve been making small cards in the size of 4x4. And when I was at it, I made a set with similar card based on the same design and set of stamps. I made a simple holder and tied it together with a ribbon. 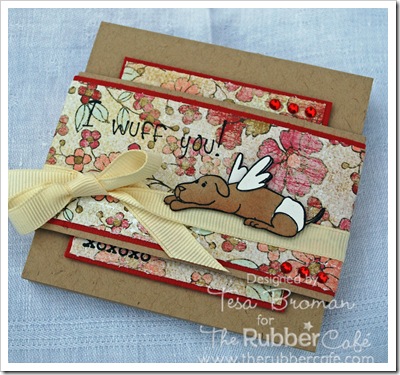 The stamps used are from the Labrador Love set which includes the two adorable labs and the I wuff you! sentiment used on the card holder (and the set has yet another sentiment not used here). The small sentiments are from the Just my Type set.

I stamped the labs four times each, once on the patterned paper, once on kraft cardstock and twice on white cardstock. Then I paper pieced them to make a 3D effect, and I also popped them on 3D foam. To make them sparkle some I added red stickles and red rheinstones. Here are close ups on the cards. 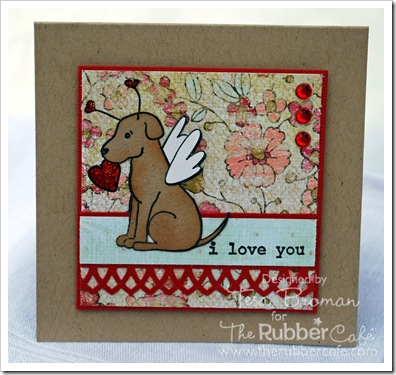 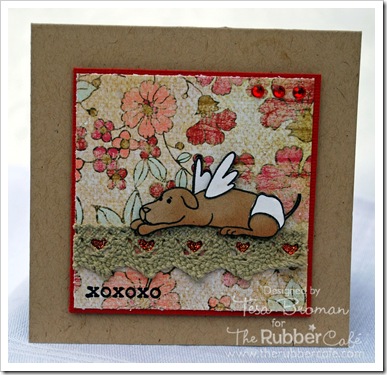 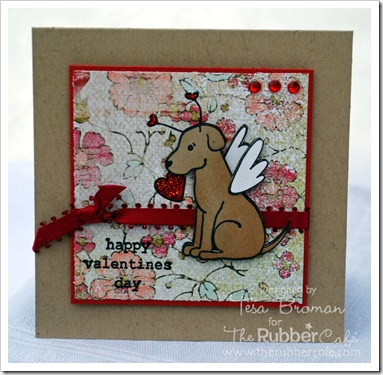 Thanks for stopping by and have a lovely new week!

Oh my, these are so adorable. I just popped back to link you to my blog. I've made a Tuesday tutorial card holder. Your designs are gorgeous. Thankyou so much.

Tesa these are fantastic! I don't even like dogs and I totally love your cards!