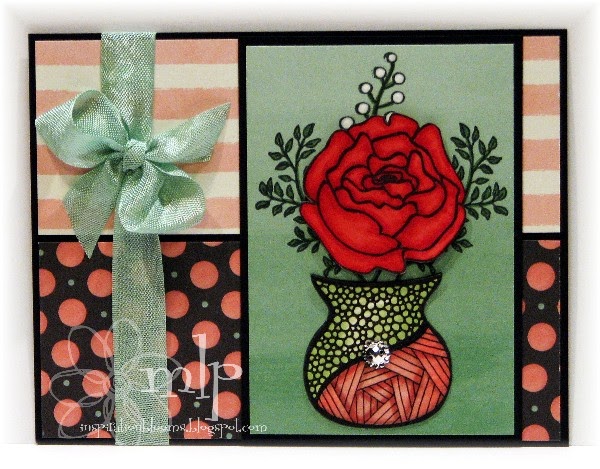 For this vase I stamped the image onto white cardstock and then colored it with Copic Markers G46, G43, R22, R21.

Next I added the Zentangle patterns as shown.  The top portion of the vase is simply a series of circles in varying sizes.  I draw with a 01 Micron pen. 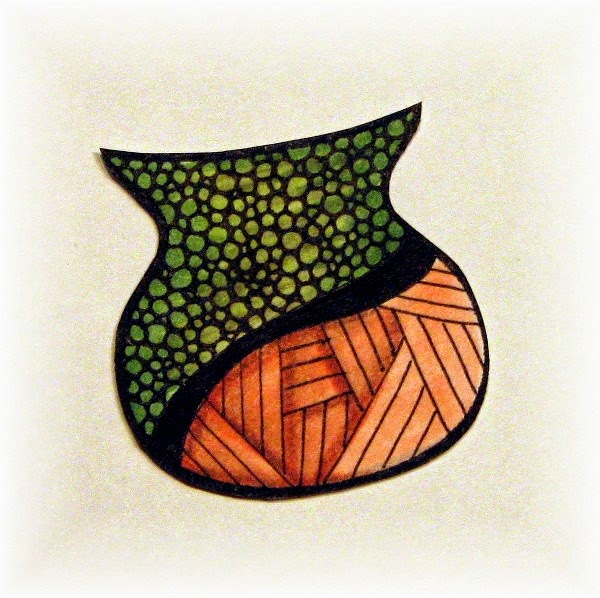 Do as I say here and not as I did.  I forgot to color the vase first and you can see the black smeared a bit in the top portion of the vase.  Color it first and then tangle on it and you will get the crisp clean effect I did on my card.

The bottom portion of the vase is a pattern called Nekton.  Basically it is a series of 4 straight parallel lines in varying directions.  I then used pencil and Copic markers to add shading to the bottom of the vase.  You can see that I shaded a portion of the vase above and how much depth it adds to the design. 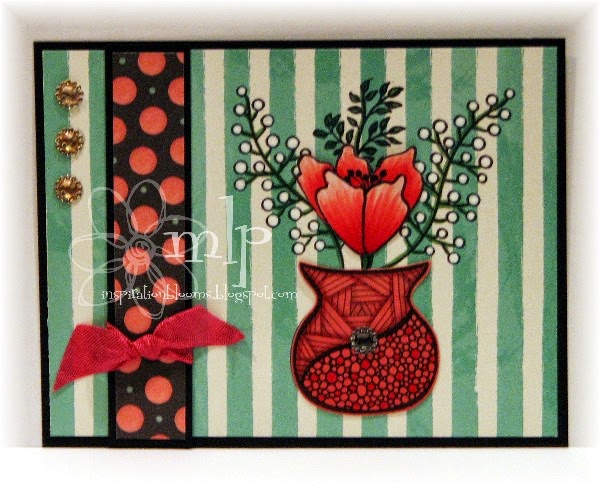 I kept the layout of these cards simple and basic since I want the focus to be on the floral arrangement and vase.

The second card I stamped the vase on the pink designer paper and then tangled on it.  I only colored certain circles in the dotted portion for a totally different effect.

The greenery images in each card are stamped directly onto the designer paper and then colored with YG67 and accented with a white gel pen.

The flowers on each card are stamped on white cardstock and colored with R29, R24, R22 and R21.  I then fussy cut them and popped them up on foam tape for dimension.

I added some of the rayon ribbon to each card as well as some Q and Co Sunflower Gems.

Thanks so much for stopping by and taking a peek...I'll be back next week with a fun card using the Vellum Embossing Technique!