I've been playing around with different techniques, and today's card features one of those!  This combines, stencils, distress ink, and textured modeling paste to create the fabulously spooky background of my card!  Topping it off with the Happy Halloween phrase from the stamp set in this month's Creative Cafe' kit- was all my card really needed.

First, here's a quick look at my finished 5x5 card! 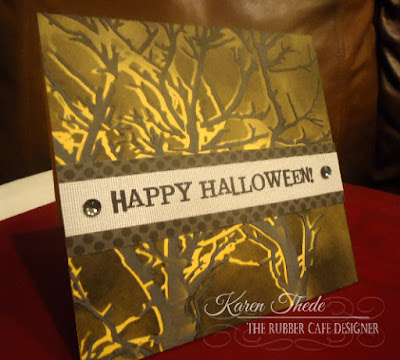 I'm sorry - I don't have better step by step pictures but during the creation of this card, my battery was still re-charging so I'll have to talk you through some of the steps.

First preparing the background- it's important to note for this particular example I have both the positive and the negative stencil for this spooky tree, which gave me the two layer effect of ink and paste on the yellow cardstock background 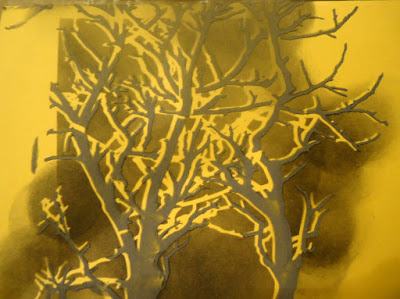 Here I've trimmed my card front back to a 5x5 size- I took another yellow cardstock cut at 5 x 10 and scored at 5" - to create my card.  This was than adhered onto that. 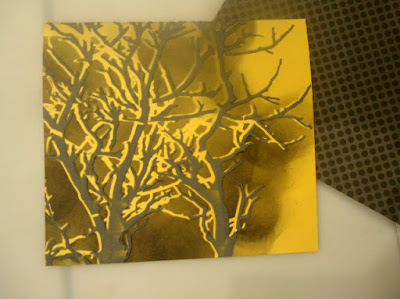 I wanted to put a phrase to the inside of my card, by stamping in Black Tuxedo Memento Ink directly on the yellow cardstock.
As you can see in my image below - I had a stamping emergency as some of the ink created a line at the end of the broom handle and the at the broom bristle part.
Have no fear!  There are ways around these things...if it had been on white cardstock I could have used my white gel pen to hide those mistake streaks of ink not intended for my finished card.  But being on yellow cardstock, I had to come up with an alternative 'fix'. 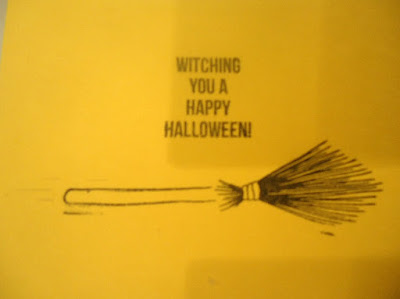 And Oila! a look at the fixed inside of my card... 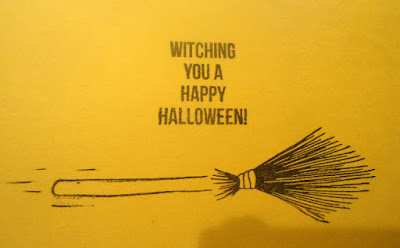 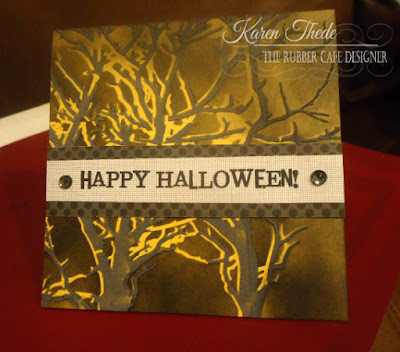 I hope you'll give this technique a try - it's actually pretty easy to do and does not need much else but a simple phrase to finish off your card!

Really cool technique. I'll have to try this!