Hello!! I'm so excited for this month's kit club. I love the versatility of the stamps.  Let's take a look at the my first card created with the new April Creative Cafe KOTM called Petticoat Fashion.

The sentiment I'm using today is from the Main Stamp set called Hello, World.  I have used three different stamps. The first stamp says: "I can't" the second stamp says: "thank you" and the third stamp says "enough". 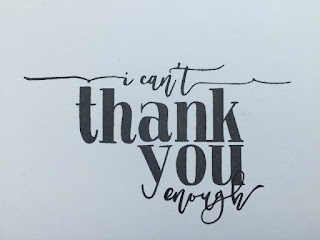 After stamping the sentiment, I used my shaped dies to cut it out, and I traced around the inside of the die. I want to stamp flowers inside the frame, but I want the flowers to be inside the black lines, so I used sticky notes to mask the area I didn't want the stamped image. 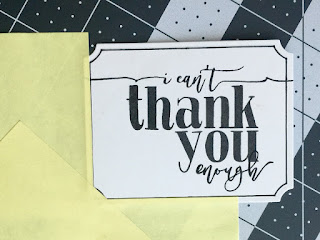 After masking the image, I began stamping! I used three different colors for the flowers and VersaFine in OnyxBlack for the sentiment. 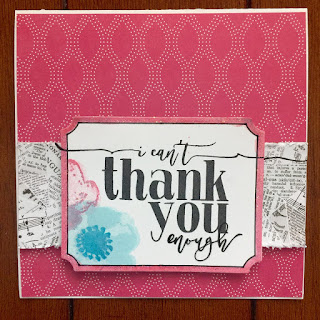 I wanted to make the edge of the sentiment 'pop', so I colored it with my Copic Marker.

Posted by Jessica Griffin at 12:01 AM